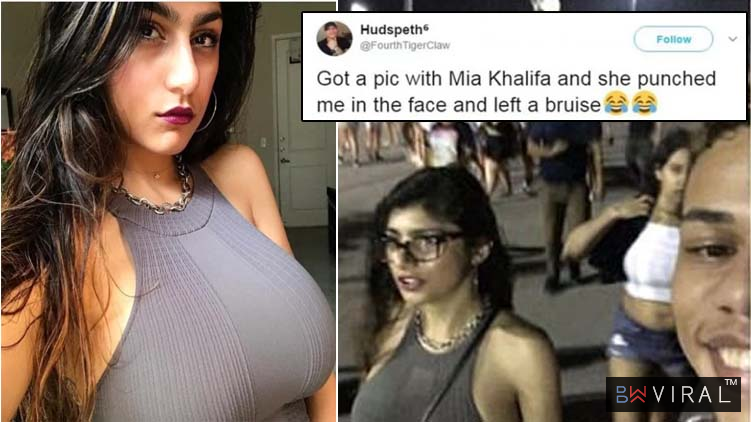 It is quite obvious that any single guy would love to get it from Mia Khalifa, but definitely not everything. Hope you understand what we meant to say? Guys would be crazy to get hug and lot of kisses from an adult star. Before you start Imagining anything else let us get straight to the point that he got a punch from MIA when he tried clicking a selfie with her.

This is definitely not digestable as Mia is always to be believed as sweet as sugarcan with her fans. This 20 year old man took this to twitter to prove this wrong. You must read further how twitter fans responded to this? 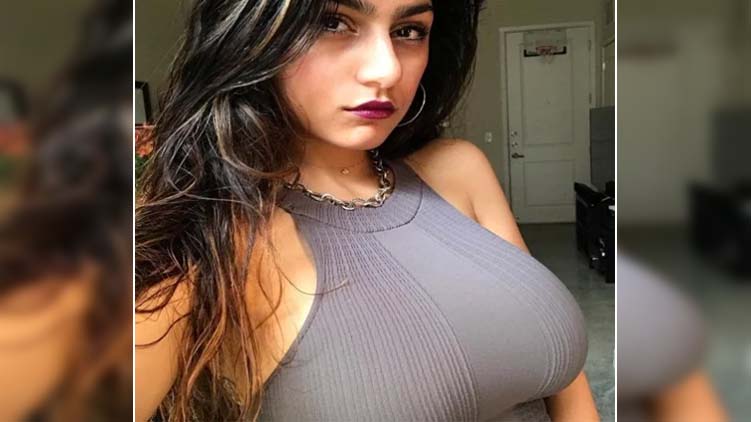 Man posted two pictures of this act. One with a selfie with Mia Khalifa and other side his face showing a punch marks on it. 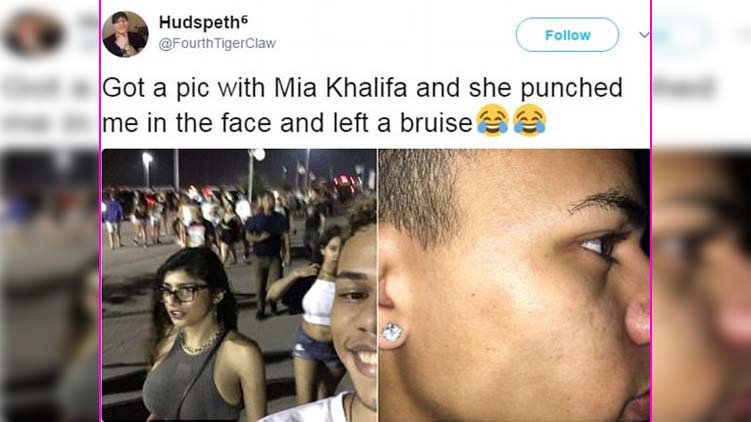 There have not been any official words from adult star in retun her fans have started defending on this aspects.

Still there is a super fan who posted her pic along with MIA where she did not do anything to her. Infact, she was happy to click a selfie.

Mia responded very sweetly to this tweet, it was actually an indirect answer to other other tweet where man claimed that she punched him into his face.

You were the sweetest. Thank you for asking me nicely rather than jumping in front of me while I was walking & shoving a cam in my face https://t.co/1fQK0B5gSi

Tweet says"You were the sweetest. Thank you for asking me nicely rather than jumping in front of me while I was walking & shoving a cam in my face"

So this is clear answer to him. And it clearly shows that guy must have forced to click selfie with her, which gave me a right treatment. So this shows pictures must be clicked only with prior conscent not without anyones conscent and Mia is right to the point. Definitely anyone will get irritated and would react the same where Mia did the same thing with a correct lesson for all men; You must take permission before taking a click with lady. 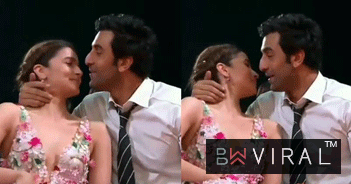 Elli AvrRam Made A Cryptic I 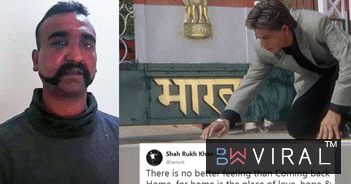