The Indian cricket team suffered a great setback in the recently concluded ODI series against New Zealand after the hosts whitewashed the visitors by 3-0. It was quite a big turnaround by the Black Caps considering the fact that India made a clean sweep in the T20I series by 5-0.

Many Indian cricket fans believe that team India performed so badly because Indian skipper Virat Kohli hasn’t scored runs in this innings and Indian pacer Jasprit Bumrah’s performance was also not up to the mark. However, the positive that the Indian team has got from this series is that they have got reliable 4th and 5th spot batsmen in the form of Shreyas Iyer and KL Rahul, respectively. 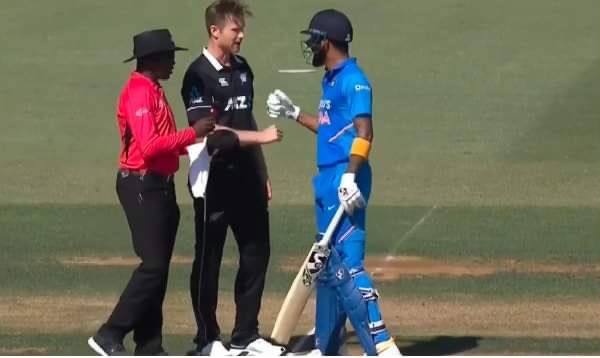 KL Rahul has been in a superb form lately and he was also adjudged as the Player of the Series in the T20I series against New Zealand while in ODIs too, he batted well including a century in the last ODI. In the last ODI, KL Rahul also got engaged in a chit-chat session with the New Zealand cricketer James Neesham which made many people curious as to what was conversed between the two.

James Neesham who is also known as Jimmy Neesham took to the micro-blogging site Twitter and posted a photo of the moment involving him and KL Rahul with caption, “Papers, scissors, rock?” along with laughing emoticon.

The Indian Premier League (IPL) 2020 will be starting pretty soon and KL Rahul and Jimmy Neesham will be playing for the same team, i.e., Kings XI Punjab (KXIP). The franchise has appointed KL Rahul as the captain while Jimmy has been bought by KXIP for Rs. 20 lakh.

The New Zealand cricketer didn’t miss the chance of reminding his skipper to save runs for April when IPL is going to be played. Jimmy tweeted, “Don’t forget to save some runs for April aye @klrahul11 ?

One of the online users enquired Jimmy whether it was he who was sledging the Indian batsman or vice-versa.

Jimmy made it clear that it was just a banter and neither of them crossed the limits. His tweet read, “Just a bit of banter. Nobody crossed the line

Just a bit of banter. Nobody crossed the line

Let’s wait and watch what happens now in the Test matches. 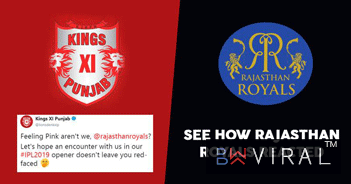