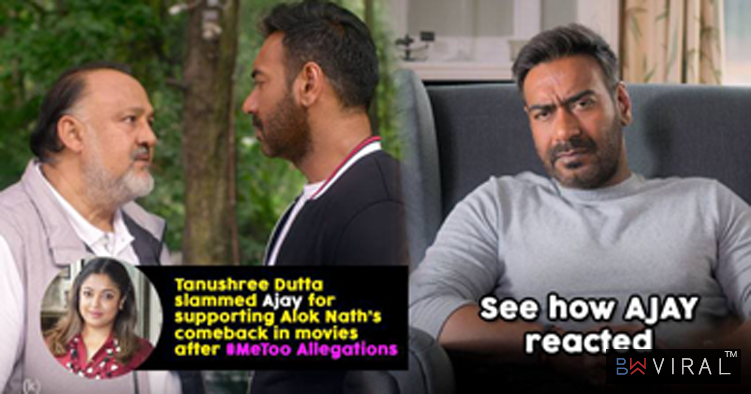 Ajay Devgn is presently busy in the promotions of his upcoming film “De De Pyaar De” and although the trailer was liked by movie buffs, the flick is making headlines for some wrong reasons as well.

People have also targeted Ajay and slammed him for working with Alok Nath as the latter has been accused of raping and molesting a writer Vinta Nanda. A case has already been registered against Alok Nath and he has been granted an anticipatory bail by the court. 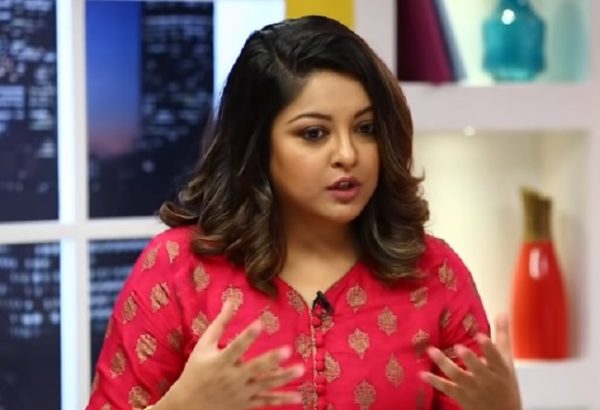 The actual incident took place years ago but Vinta Nanda got the courage to speak up only after the #MeToo movement started. Ever since she spoke against Alok Nath, almost everyone from the industry made distance from the actor and when the trailer of “De De Pyaar De” was released, viewers got very angry after seeing Alok Nath in the movie.

Actress Tanushree Dutta who has accused Nana Patekar of s*xually abusing her has criticised Ajay Devgn for helping Alok Nath in making a comeback in Bollywood. Many people including Tanushree are saying that the scenes of the film in which Alok Nath has acted could have been re-shot with another actor.

Ajay has now talked about these allegations and has also made it clear that he is completely in support of #MeToo movement. According to him, he respects every single woman and would not support anything wrong happening to a woman, adding that his stand has been the same from the very beginning of the movement.

On the matter of re-shooting of the scenes, he said that the scenes were shot before the allegations were made (October 2018) and it was almost impossible to re-shoot the portions which were shot at various locations and included 10 actors as all the actors including him had started working on different projects by that time. 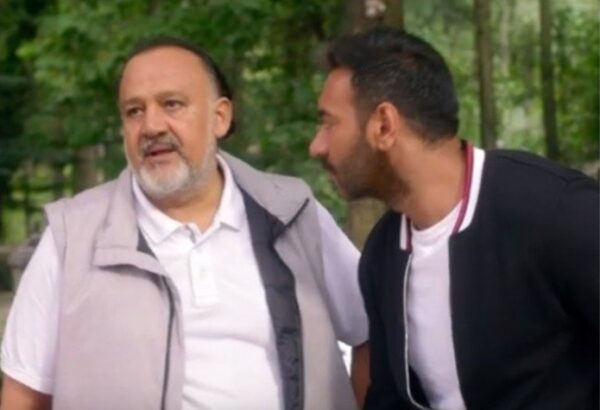 He further added that the decision of re-shooting the portions involving Alok Nath would have meant a huge loss for the producers. The actor asked in the official statement as to why he is being singled out and called insensitive despite the fact that the decision to re-shoot or not would have been a joint decision (including the makers) and not only his choice. He once again showed his support for #MeToo movement and rejected all the allegations that have been levied against him calling him insensitive.

What is your take on this matter? Do let us know. 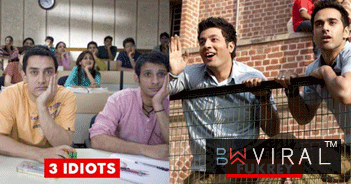 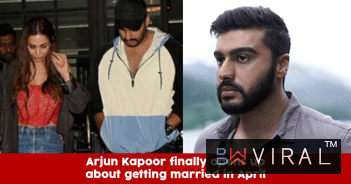 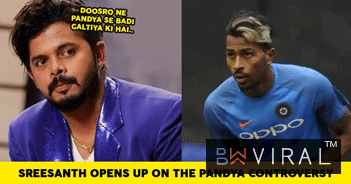 Sreesanth Spoke Up On Hardik