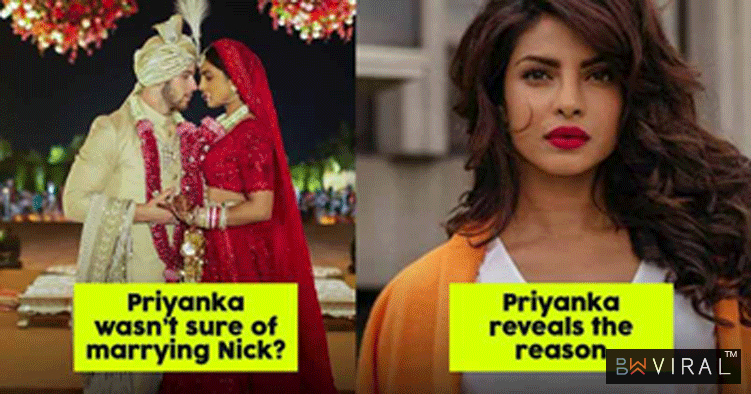 Nick Jonas and Priyanka Chopra are madly and deeply in love with each other. Their relationship has developed over time in the speed of flash. Priyanka and Nick started dating each other in the month of May, after two months of dating the lovely couple got engaged, they were head-over-heels in love and later married each other in a lavish wedding after dating for 7 months.

Recently in Tina Brown’s 10th Annual Summit on Thursday, while speaking to her Priyanka opened up about her relationship with singer turned actor Nick Jonas. Priyanka admitted she wasn’t sure about dating or marrying Nick Jonas. She took a leap of faith and said “yes”.

To live for days like this. â¤ï¸ @nickjonas #boatlife

Peecee said ” I’ve known him for two years. I didn’t think that this is what it would’ve turned out to be, and maybe that’s my fault. I judged a book by its cover. When I actually started dating Nick, he surprised me so much.”

Priyanka also described the moment, she realised she was falling for Nick. Priyanka said they were supposed to go out for dinner with Nick’s friends but as she had work commitments. She was dropping hints for Old Man Jonas (OMJ, that’s what peecee calls nick) that he would ask her to cancel the meeting

Having our family and friends share our special day with us meant so much…the smiles, the words, the love and the hugs – all so thoughtful. Pro tip: If you’re planning your big day, head over to the wedding registry guide I created on @amazon. Trust me, it has all my favorite gift ideas in one place and was so much fun to build! #AllOnAmazon #Ad #AmazonWeddingRegistry @amazonhome

Priyanka said: “So he finally, took me aside and he was like, ‘Look, I’m not stupid. I know what you’re trying to do, but I will never be the one who will tell you to cancel work because I know how hard you’ve worked to be where you are. So if you could’ve cancelled it, you would’ve done it. I’ll take our friends out for dinner, we’ll wait for you, and you finish your meeting and come back.”

Nick gave credit to Priyanka for her work, that was mindblowing for her and making her fall in love with Nick.

When the hubby goes number one.. the wifey gets a @maybach!! Introducing...Extra Chopra Jonas...haha...I love you baby!! Yaaay! Best husband ever...@nickjonas ðŸ˜â¤ï¸ðŸ’‹

Priyanka concluded by revealing why Nick is good for her “I call him ‘Old Man Jonas’ that’s my name for him, ‘OMJ.’ He’s an old soul, extremely smart, so good for me because he grounds me so much. I’m a wild child, I do whatever I want whenever I want and he always supports me.”

If you haven’t watched the video yet, here it is for you : 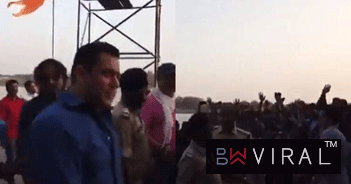 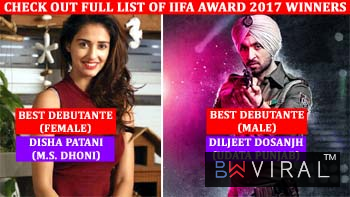